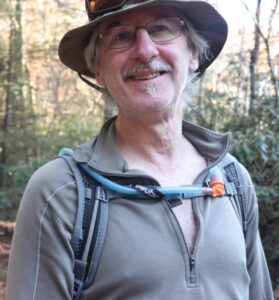 Always excited to taste what the folk at Fonta Flora is brewing we ordered in some of their Grodziskie.

The can art pulled me in. Beer flutes with sausages in them. Okay, confession, I have been known to consume a brat or smoked kielbasa in my my days. That said, is the sausage in a beer glass a reference to the origins of the style or the character of the contents within? I say Yes!

Pouring into a flute as in the artwork I see a light golden beer with copious bubbles producing a three quarter inch bright white meringue like head, after a long settling time lacy remnants lay on top and cling to the glass. Very effervescent. Raising the glass revealed the light wheat beer nose with a hard to catch early hint of smoke. Then as the level gets lower and the beer has more time to open the smokiness comes through much more. A crisp mouth feel, not as expected from the appearance of the head. Maybe it is suggestion from the can art, but after multiple tastings the flavors were a pleasant surprise. It actually has the taste of a well cured sausage and a smooth smokiness. I like it!

At 3.2% ABV, Fire up the grill and put on some veggies. No meat required.

John is one of the owners of the Canteen.

About the Author: John Wiseman